Seniors4Kids' Musgrave Has A New Blog

We're happy to see the addition of Mary A. Musgrave to the world of blog writing. The Kentucky State Coordinator for Generations United's Seniors4Kids initiative is now blogging for the Lexington Herald-Leader. Mary's blog is called "Bluegrass Nana," and is featured at Bluegrass Moms, an online community in association with the Lexington newspaper. Her first installment was published today, and were looking forward to reading many more posts in the future! 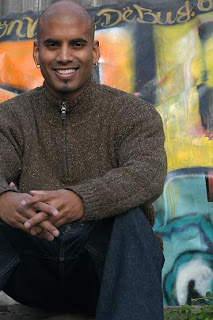 Perhaps the most worthwhile aspect of having a conference, a summit or just a meeting is the opportunity to encounter new people. It’s exciting to engage energized, passionate individuals – it brings a fresh perspective on intergenerational ideas and it gives us all a boost in our work. Our November Summit on Generations was attended by one such new voice, Raj Jayadev, from San Jose, California. He is the coordinator of Silicon Valley De-Bug, a community organization that provides a platform for the unheard voices of the South Bay region.

This past week Raj wrote an article titled “New Frontier for Organizing: Youth and Elders, Working Hand in Hand.” In it, he points out young people and older adults can be, in fact have been, effective advocates for positive social change when working together.

… some of the best youth organizing victories and support systems for young people have always been inter-generational, even if rarely acknowledged. Major achievements like the California youth organizations that shut down draconian youth prisons, always had moms and grandmothers at their rallies and actions.

You can read his full article at New American Media. We will continue to welcome new voices into the dialogue so we may learn and grow, as our mission continues.
Rich Robinson is the Press Secretary for Generations United. You can email him at rrobinson@gu.org
Posted by Rich Robinson, Press Secretary at 4:13 PM No comments: 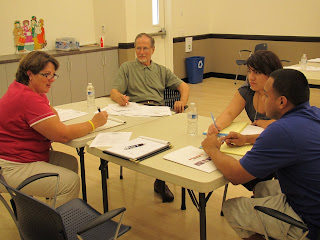 Staff and volunteers from the Senior and Teen Centers in Indio, California spent December 13 with Generations United’s Sheri Steinig and Leah Bradley focusing on developing successful intergenerational activities and programs. When discussing previous experiences, a senior center volunteer shared that he “had never laughed so hard in his life” as he did when kayaking with the teens during one of their intergenerational trips. It was an empowering, exciting day, culminating in plans for three new ongoing opportunities for intergenerational interactions. This training was supported with a grant from Met Life Foundation, as part of a national shared site initiative, building capacity of local communities. Generations United is working with a select group of cities, counties and non-profit organizations to strengthen their communities through strategic planning and staff training.
Posted by Roxana at 10:42 AM No comments:

Intergenerational Thinking is the New Norm

Thinking within an intergenerational context is really becoming a conventional wisdom. This is supported by the Harris Interactive survey we recently commissioned, which revealed more than 80 percent of American adults want their leaders in Washington to fund policies that encourage connections between older and younger people. And as more and more families are living in multigenerational households, we as a nation are becoming far more intergenerational than we were only 20 years ago.

A recent story on multigenerational households in the Pittsburgh Post-Gazette perfectly supports this idea. The article quoted Donna, and it also featured a new comic strip by cartoonist Ed Stein called “Freshly Squeezed.” The strip centers around a family forced to live under the same roof due to economic necessity. It is based on Stein’s experiences when his mother died and his then 80-year-old father decided to move in with him while he and his wife raised toddlers.

Comic strips are like TV shows and films in that they reflect the zeitgeist of our society. It is encouraging to see more mainstream treatment of multigenerational living depicted in the media. It only makes sense, because it is where we as a society now find ourselves. Let’s hope we see more soon.


Rich Robinson is the press secretary for Generations United. You can email him at rrobinson@gu.org
Posted by Rich Robinson, Press Secretary at 4:54 PM No comments: