In part 24 of our series, we feature the K-9 Healers Intergenerational Pet Therapy Project, which is based in Branchport, NY.


Since 1995 the K-9 Healers Intergenerational Pet Therapy Project or “K-9 Kids” has been a project that brings together youth, residents of the Homestead Long Term Care Facility, and registered Pet Therapy dogs.

Gail Furst founded this program in 1995 with her registered Pet Therapy Boxer, “Rosie”, and one child visiting the Homestead room to room.

The program gives youth the opportunity to develop safe, caring relationships with the senior citizens while at the same time taking pride in their work as dog handlers and helpers.

The youth come to the after-school program every Wednesday during the school year. They arrive at the Homestead, join the three facilitators and gather in a common room to talk about their day.

Once everyone has had a chance to relax they go and join the residents in their activity room to participate in an intergenerational craft project.

The program also teaches the children reverence for life.

K-9 Kids is a program funded by Yates County Community Services, which distributes funds to the Rushville Health Center, where Ms. Furst was the Outreach Department Director for over 15 years.

To date the K-9 Kids has serviced over 1000 youth living in Yates County.

The K-9 Kids Project has been nationally recognized twice. The first was when it was listed by the Humane Society of the United States directory of Animal-Related Programs for Violence Prevention and Intervention (www.hsus.org).

K-9 Kids was highlighted as a program that brings youth into Finger Lakes Health, with which the Homestead is affiliated.

Got something cool you tried that was successful? Why not tweet your cool intergenerational ideas to #cooligideas? You can also post them to ourIntergenerational Connections Facebook Group or just text us through the FacebookMessenger app (friend me to join our Cool Intergenerational Ideas group discussion). We want to highlight innovative age-optimized programs and practices through our blog, social media and weekly e-newsletter! Share the inspiration.
Posted by Alan at 3:51 PM No comments:

Holidays are not always merry and bright


as published in GRAND Magazine

Conner stood attentively at the screen door, his bright brown eyes fixed on the street in front of his grandmother's house, his hands clutching a clay figurine of a turkey he had made for his mom. She had promised to come for Thanksgiving dinner.

“One slice of turkey, three peas, two helpings of mashed potatoes, five books, and four rounds of Crazy Eights later, Connor was still waiting. “It’s bedtime,” his grandmother said, “How about we change into our pj’s and watch your favorite show?”

“No,” Connor shouted, “I want to watch it with Mommy!” Within minutes, his hurt feelings escalated to full-blown tantrum.

Three hours later, Conner was finally asleep, his head resting on his Grandpa's lap. His grandmother gently slid the clay turkey figurine out of Conner's hand, and covered him and his sleeping Grandpa with a blanket. Only then could she breathe a little easier.

Meeting the challenges that come with holidays

This time of year, more than 2.7 million grandparents raising grandchildren find themselves navigating a unique set of holiday stressors. Not only do they have to prepare their grandchildren for the possibility that the children’s parents won’t show up—they have to steel themselves to weather the fallout, all while simultaneously juggling their own loss, grief, anger, and confusion related to the reasons their adult child is not able to care for their grandchild.

Despite the gaiety one hopes to experience during the holidays, grandchildren not living with their parents often feel a mixture of joy, anxiety, excitement, and sadness. No matter their age, grandchildren may not know how to deal with the emotional swings that come with disappointment, or even with pleasant surprises. What you need is a GRANDfamily strategy!

Manage the children’s expectations: If you know that their parents will not be participating in any way during the holiday celebrations, gently tell your grandchildren ahead of time. That way, if the parents show up or send a present, it’s far easier to share the good news. If the parents don’t show, it may soften the blow and help them avoid feeling forgotten or ignored.

Support the child’s desire to give: Children love their parents, even when they have been hurt by them. It’s important to let them express how they feel. During holidays, this may come through giving. Even if you fear it won’t be reciprocated, it’s important to help them find joy in giving.

Keep it simple: You can’t be everything to everyone. Figure out the few key people that your grandchildren need to see over the holidays and focus on making those gatherings the best they can be.

Create your own traditions: Children need routine, tradition, and rituals. When they had to leave mom and/or dad's home, the rituals they had were interrupted. Holidays are a terrific time to introduce some new fun traditions that don’t revolve around parents.

Jaia Peterson Lent is the Deputy Executive Director at Generations United, a national organization dedicated to improving the lives of children, youth and older people through intergenerational collaboration, public policy and programs. Home to the National Center on Grandfamilies, Generations United is a leading voice for issues affecting families headed by grandparents or other relatives.
Posted by Alan at 3:37 PM No comments:

Tom's Take on the Ebola Outbreak

History offers a vicarious experience. It allows young people to possess the ground equally with their elders. However, without a knowledge of history to give them a context for present events, the youth are at the mercy of every social misdiagnosis handed to them.

The English author, Hilary Mantel's, words ring true today. The social misdiagnosis, or misinformation, of our time includes these myths about Ebola:

1. Ebola clinics give patients injections that kill them faster

2. Schools are using routine blood tests and vaccinations to infect children with Ebola In his guest post, Mr. Thomas C. Taylor, retired Senior Advisor for Generations United’s Seniors4Kids initiative, pulls from his 80-plus years of wisdom to offer a historical context for present events.

If you've been following the news, then you know the Ebola outbreak has overtaken the headlines.

The possible state quarantines and public fear of both Ebola survivors and doctors are enough to make you think we’re living the last days – as if we didn’t live through Polio, Yellow Fever and AIDS.

The Ebola scare today is as heightened as it was for polio, once the most feared disease worldwide.

It killed President Franklin D. Roosevelt in 1945. Seven years prior, the U.S. established the National Foundation for Infantile Paralysis, which we know today as The March of Dimes.

I remember the symbolic gesture of my classmates and I, when we marched through our school’s assembly hall and dropped a dime in a basket.

I was a teenager then, living in New Haven, CT. The crippling disease was the Ebola of our time.

The misinformation made people think the crippling disease spread through coughs and sneezes.


And despite advice to get the shot, many people refused to do so.

The public fear of Polio lasted until 1961, when Dr. Albert Sabin developed an oral vaccine, from which my two children benefitted.

Unfortunately, there is no vaccine for HIV/AIDS, which arrived in the U.S. in the late 1960s. 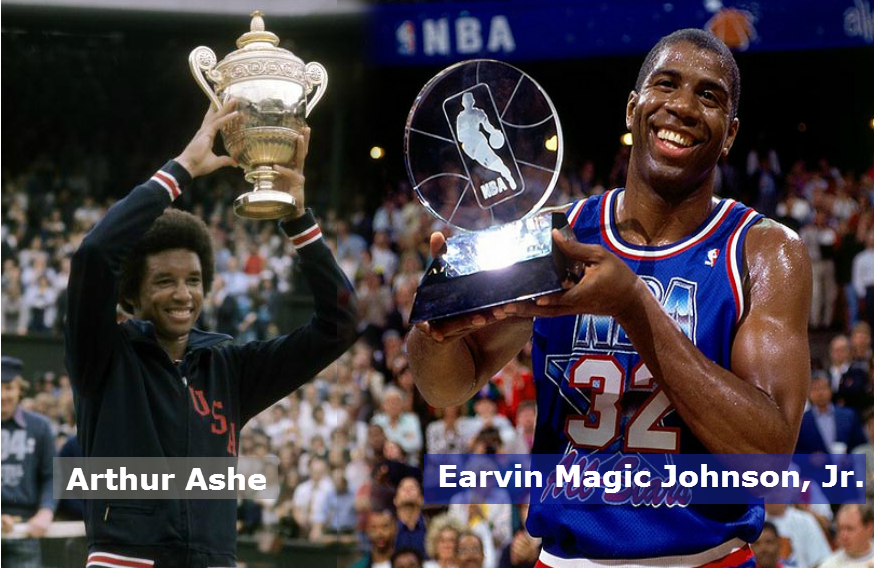 The misinformation led the Centers for Disease Control and Prevention to report it first as a disease between gay men.

Since then, those claims have been corrected. AIDS hit many famous people including movie star Rock Hudson, who died in 1985.

Countering misinformation today might require us revisiting creative solutions from the past.

With AIDS, a creative solution was the first World AIDS Day in 1988 – the same year tennis legend Arthur Ashe and Magic Johnson, a basketball great, announced they were HIV-positive.

Ashe’s autobiography, in which he stated catching AIDS from a blood transfusion, prompted better screening of blood banks.

Magic Johnson is an inspiration to people living with HIV by not letting the disease stop him from living a successful life.

Another creative solution to misinformation used the arts to raise awareness of Yellow Fever in a fun way.

I was in first grade when I learned about the Yellow Fever epidemic through a play.

In fact, I played the part of Dr. Carlos Finlay, who, with help from Dr. Walter Reed, developed a cure in 1900.

Finlay, who became a hero when my mom was a child, did this after learning the disease was transmitted by mosquitos.

In addition to being a success, the play taught me the importance of helping people. This impacted how my professional life unfolded, working on behalf of children, youth and families.
Posted by Alan at 1:24 PM No comments: 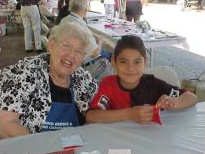 In part 23 of our series, we feature Building Bridges, a program of the University of Missouri Extension.

Building Bridges is a community-based intergenerational program to help bring generations together for meaningful interactions and experiences.

The majority of children and youth from Building Bridges felt that they showed their caring, respect and sharing with older adults and made older adults happy and less lonely.

Through the program, both generations have a better understanding of each other and their comfort zone for conversation and sharing was enhanced.

Got something cool you tried that was successful? Why not tweet your cool intergenerational ideas to #cooligideas? You can also post them to ourIntergenerational Connections Facebook Group or just text us through the FacebookMessenger app (friend me to join our Cool Intergenerational Ideas group discussion). We want to highlight innovative age-optimized programs and practices through our blog, social media and weekly e-newsletter! Share the inspiration.